Kristin Daniel, an accomplished artist in her own right, became enamored with performing at a young age. She moved to Los Angeles after graduating from The University of Louisiana-Lafayette in Business Administration to work as a professional dancer. Some of Kristin’s credits include: Walmart national commercial (choreographed by Tricia Miranda, directed by Seth Rogen & Evan Goldberg), GLEE, Grey’s Anatomy, Carrie Underwood, Choreographer for ABC’s The Astronaut Wives Club, and Assistant to Tyce Diorio & Lindsay Nelko on “So You Think You Can Dance?”.
She travels the country teaching Master Classes & Choreographing for competitive studios. Her choreography has received numerous awards at major national conventions & competitions. Kristin is in her fourth year of owning, Distinction Arts Co., which hosts her annual dance intensive & charity fundraiser: Distinction Dance Intensive, and recently launched her own Dancewear and Costume brand, DSTNCTwear. Constantly immersing herself into her craft, she is thrilled and excited to continue furthering her career as both an entrepreneur and an artistic force in the industry. 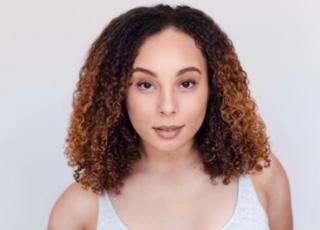