Kelsey discovered her passion for dance at a young age. She grew up as a dancer at Larkin Dance Studio in Maplewood, MN, graduated as captain of the Larkin Senior Line. She trained in numerous areas including jazz, lyrical, ballet, tap, hip hop, modern, and musical theatre. Scholarships have granted her the opportunity to train in Los Angeles and New York City, taking various classes from America’s most elite dance instructors.

Kelsey will be beginning her third year as a member of the University of Minnesota Dance Team this fall. As part of this elite group, she has won three national titles and one world championship. The University of Minnesota Dance Team has gifted Kelsey in sharing her passion with talented young women, which she could not be more grateful for. In her studies Kelsey was recently accepted into the Kinesiology program and hopes to use her knowledge of dance to pursue the field of exercise movement science.

In her early years Kelsey began coaching younger dancers at Larkin and as her career progressed she has had the opportunity to work with dancers from high schools around the Twin Cities and across the states. Now Kelsey is so excited to spread her love of this performing art with Innovate Dance and is thankful for the blessings that dance can bring to all dancers! 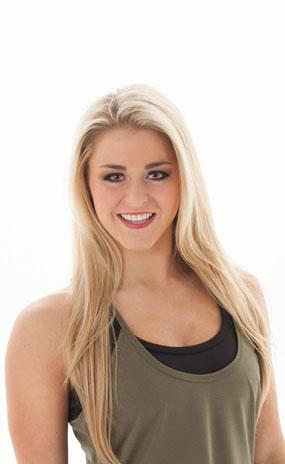