Q & A with Coach Jen Hammes

Meet Jennifer Hammes! Jen is in her first year of head-coaching the talented and hardworking Linn-Mar Varsity Poms out of Marion, Iowa. Under her leadership, the team won first in both Jazz and Pom at the 2016 Iowa state Championships. The team went on to place 5th in Jazz and 6th in Pom in the large varsity division at the highly competitive UDA National Dance Team Championship this past February.

We had the chance to chat with Jen in a short Q&A. Check it out as well as their award winning jazz routine!

Q: You’ve had quite the successful season as a first-year head coach, winning two state titles and placing in the top five at a very competitive nationals. What are some of things that contributed to such a strong year?

A. For starters, the team had four senior leaders who always led by example, pushed the team technically, and demonstrated great leadership skills. This created such a strong foundation for our season. The team was very excited about their competition choreography. We received dynamic and challenging routines that highlighted the team’s strengths. This really helped pave the way to a successful run! I was also fortunate in assisting the team for two years under former head coach, Allison Schmidt (who also happens to be my high school coach). I learned a lot by working with her, not only in the organization of a season but how to run effective practices and create a competitive yet respectful environment. In addition to regular practices, the team also began two workouts a week in the weight room. This really made a difference in each girl’s strength and stamina which really transferred to the floor.

Q: Besides competition, what are some of the other things your team does throughout the season?

A. The team performs at all home football games and basketball halftimes. This year we held two clinics for young dancers and a holiday “fun-night” for school-aged students. Representing Linn-Mar at various community events and fundraisers is also a priority for the team. One of this year’s highlights was dancing at an elementary “Dance Marathon” which raised funds to support a local cause.

Q: What are some of the ways you deal with adversity or setbacks  throughout the season?

A. I always try to set an example for the team by thinking positively and sharing optimism for any setback we experience. Unfortunately, our roster changed this year due to injuries, which meant the team had to rework formations, choreography, etc. on several different occasions. I felt my role was to come prepared for the changes, instill confidence in their ability to overcome the challenge, and ultimately, just keep working hard. What seemed like a setback at the time, we found, made each girl stronger in the end. I believe a positive attitude made the difference and was proud of each girl for demonstrating that.Q: Do you have one piece of advice you would share to someone who is brand new to coaching?

Keep everything in perspective and enjoy the time you have with each dancer. They are the best part of coaching! 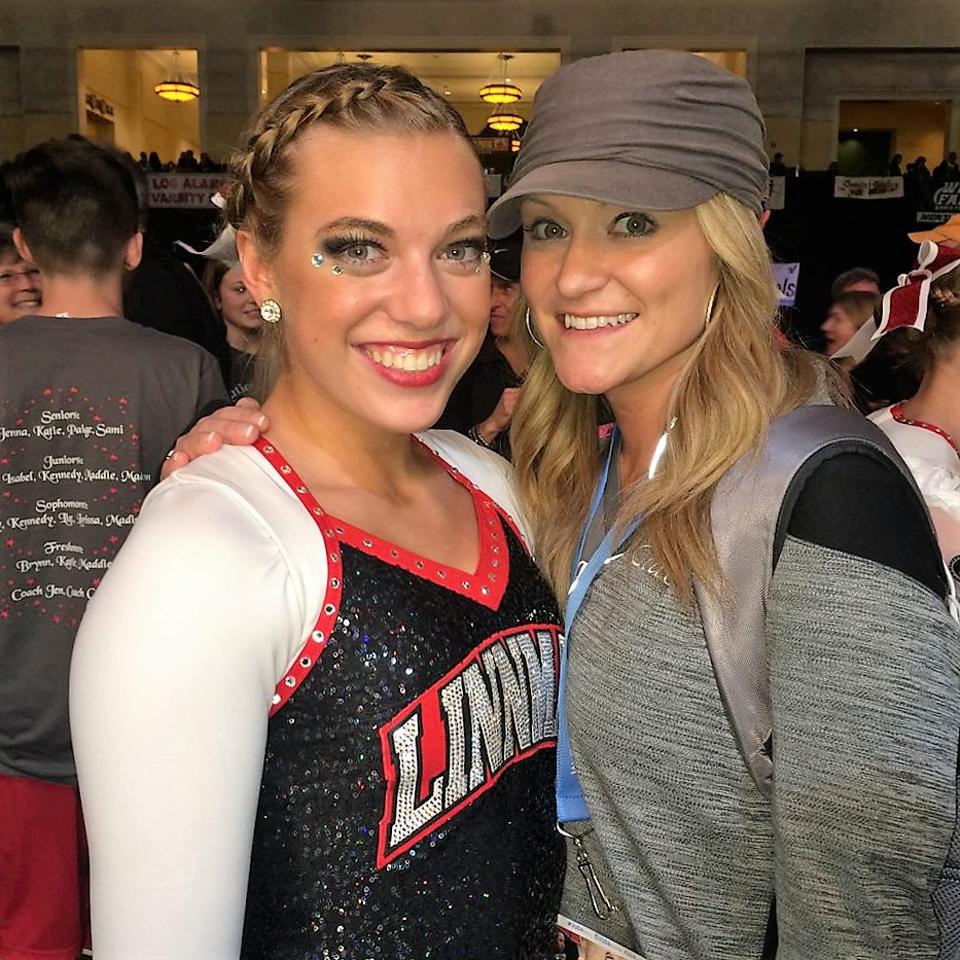